Sometimes I get a hankering to read outside the SF&F sandbox. A couple of weeks ago I picked up Victoria Thompson’s A Murder on Astor Place and go into a mystery kick (I get that way sometimes).

I like mysteries that have something else besides the whodunnit–a historical or exotic setting, for instance, or a touch of romance, or a great character arc. Here, in no particular order, are mystery series I’ve enjoyed.

1. The Gaslight Mysteries by Victoria Thompson 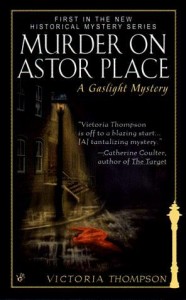 The jury’s still out on this one. I like the pairing of tough, lower-class Irish police detective Malloy and upper-class-rebel-turned-midwife Sarah. I love the setting of turn-of-the-century New York, though the tone often feels too contemporary to me. So far, I’ve guessed whodunnit and why in books 1 & 2, so I wish the mysteries were more challening. However, I’m intrigued enough to read book 3.

The first book, The Face of a Stranger, uses the amnesiac device really well. William Monk’s identity crisis is not so much about who is he, but what he is. A police detective who suffers an accident in the middle of an investigation, Monk must figure out what kind of man he was before he lost his memory and what kind of man he will be after. Many of these mysteries also expose social ills in Victorian England.

3. The No. 1 Ladies’ Detective Agency series by Alexander McCall Smith 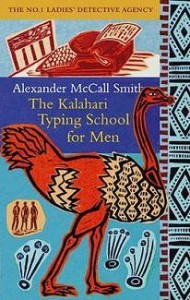 I love these! I love the Botswana setting, the slower-paced culture, the wisdom and gentleness of Mma Ramotswe. McCall Smith does an awesome job of immersing the reader in the world of his books. Highly recommended.

Ah, my guilty pleasure series. I’ve gotten my sister addicted to these as well. I picked this up mid-series, when Roarke and Eve were already married, which might be why I’ve always found the romance part meh. However, I love the futuristic setting and the truly creepy mysteries that I’ve stayed up too late to finish far too often. 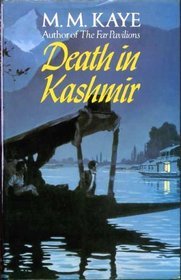 These are standalone mysteries, featuring different characters in a variety of locales (Berlin, Zanzibar, Cyprus, etc.). They have a strong romantic element. Kaye does atmosphere really well and has a knack for bringing her settings to life. My favorites are Death in Kashmir (snow and skiing, lakes and houseboats… and murder) and Death in Zanzibar (for that hilarious first part when the slightly inebriated male lead talks the naive protagonist into a crazy scheme).

Do you read mysteries? Which series are your favorites? Let me know in the comments!

A bunch of magical misfits. Their place to belong. Out of work and trapped in a dead-end coastal town. This is not what Amber had in mind when she left her island home to explore a continent drenched in magic and once inhabited by dragons. She’s this close to working at Stunning Spells, a magical sweatshop that churns END_OF_DOCUMENT_TOKEN_TO_BE_REPLACED