I’m thrilled to finally reveal the cover for Quartz, created by Yocla Designs. Things are on track for an early-to-mid September release! 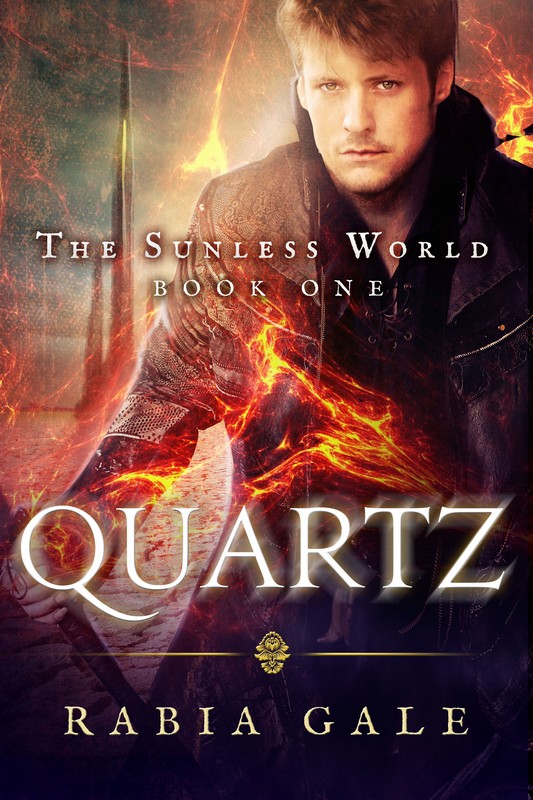 Rafe Grenfeld, diplomat and spy, has problems. He’s just learned of the discovery of a legendary quartz pillar: his sunless world’s most precious resource. But his informer died before revealing its location and Rafe’s on the run in the hostile state of Blackstone.

Once, quartz powered magical devices, but the mages who created them are long gone. Now, veins of quartz provide light and heat to a dying world, and Rafe has competition.

Karzov, chief of Blackstone’s secret police, is also hunting for the pillar. Determined to claim the quartz for his own country, Rafe forms an uneasy alliance with the mysterious and maddening Isabella. As dangerous magical artifacts resurface and dark forces close in, Rafe must tap into the lost powers of the mages in order to find and secure the quartz—before his world is torn apart by famine and war.

A bunch of magical misfits. Their place to belong. Out of work and trapped in a dead-end coastal town. This is not what Amber had in mind when she left her island home to explore a continent drenched in magic and once inhabited by dragons. She’s this close to working at Stunning Spells, a magical sweatshop that churns END_OF_DOCUMENT_TOKEN_TO_BE_REPLACED