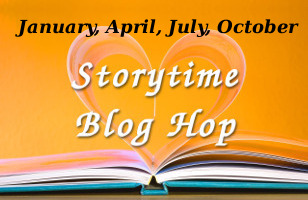 I’m participating in another fiction blog hop! This is more of a snippet than a complete story, but I was persuaded to put it up anyway. Make sure to check out the other linked stories below.

Jack Callahan rode up to Hopeswell Keep on a late summer day. Warm light gilded the tiled roof and grey stone of the manor, a hodge-podge of architectural styles that was surprisingly charming. The long-abandoned, ivy-covered keep that gave the place its name peeked up from behind the great house.

The edifice would be a bear to heat in the winter.

And it was all his.

Jack rode his bay to the stables, off to one side. No one was around, but there was fresh straw in the stalls, water in the trough, and hay in the rick.

Impressive. Even her diminished power reached to the outbuildings.

After seeing to True, Jack slung the saddle bags over his shoulder and headed up the paved path to a side door.

It stuck, just like he’d been told. He wrestled it open and entered a narrow corridor. He turned left into spacious kitchen, scrupulously clean, utterly silent, and empty of life. The weak sunlight trickling in could not banish the chill or the shadows in the corners.

Jack tossed the saddle bags onto a bench, pulled a spindly chair up to a scarred wooden slab of a table, and sat down.

He didn’t have long to wait.

Between one glance up at the ceiling and another across the table, she was there.

“Who,” she said, annoyance in every stiff line of her, “are you?”

Jack rose and bowed. “My apologies for my sudden arrival. Since there is no gentler way to put this: I am Jack Callahan, and I’m the new owner of Hopeswell Keep.”

She jerked back, as if struck. “What?”

“I’m afraid,” he said, “the choice was between exorcism or a sale.”

“I am a Guardian, not a ghost!” the woman snapped.

“I believe you. But Lord Staveley was most determined to unload himself of this place.”

“Of course he was! That lily-livered maggot! Mincing fop and unmannerly fool, too. How his ancestors would spin in their graves if they knew their mutton-headed descendant had sold his birthright!” The woman heaped scorn on the current Lord Staveley with more choice words. Jack, sharing her sentiments, listened with great appreciation.

“And you?” she finished, rounding on him. “What is your part in all this foolishness?

“Only that I paid five hundred thousand pounds for this manor of yours. It was the only way I could set you free.”

Her stare was icy. “Explain yourself, sir.”

“Sorka will do,” she interrupted.

“Sorka, then.” She had given him her name. A reassuring step. “Aside from Idlewood Castle and Buckworth Abbey, this is the only house in existence to boast a Guardian. Did you know?”

She snorted. “Of course. It’s unfashionable. Something about bleeding a mage out on the foundations and pumping their veins full of ichor tends to put people off their dinners. These new generations don’t have the stomach for it, like their forebears did.

“Most of the other great houses and their Guardians are gone—destroyed in the Shadow Wars. Except for you. You’ve been alive a long time, Lady Sorka.”

“But you are here to offer me freedom, aren’t you?” She arched an eyebrow. “How?”

Jack pulled out the sale contract and unfolded it on the table between them. He placed a finger on Lord Staveley’s signature and his own. “These will allow me to break the spell that binds you here. Will you permit it?”

“At what price?” She wore the face of a young woman, but those eyes had lived a long time.

His insides fluttered, but his face was calm. “Help me find the lost Island of Avenir.”

Sorka’s face was a mask. “Impossible.”

He smiled at her. “Not for a priestess.”

She let her breath out in a hiss. “So you know that, too? You’ve planned this well, haven’t you, Jack Callahan?”

He winced, thinking she might’ve recognized him. No. She suspected something, but she didn’t know for sure. “Please. You have my word that I’ll not use the knowledge or power of Avenir for evil. I’ll even take the Oath, and put myself under your authority. But I need to find it.”

“You’re willing to go that far?” Sorka straightened. “I have conditions for my help.”

She did. There were many and they were restrictive. But at the end, he said, “Done.” No quibbling. He hadn’t made it this far just to quibble.

“Of course,” said Sorka, “all this is moot if your ritual doesn’t work.” Skepticism dripped from her voice.

Jack rolled up his sleeve and pulled a knife from his belt. As Sorka watched, he drew a cut into the skin of his forearm.

Silver ichor dripped from the slash and onto the table.

Sorka’s eyes widened. Then her face set with resolution. She extended her arm.

Click through to read the other stories in the blog hop.