Today, I’m delighted to host a new release post for MG fantasy author, Alina Sayre, for The Illuminator Rising, Book Three of The Voyages of the Legend.

I read the first book of the series, The Illuminator’s Gift, on a recent vacation, and was captivated by a world of coral archipelagos, airborne islands, and flying ships. 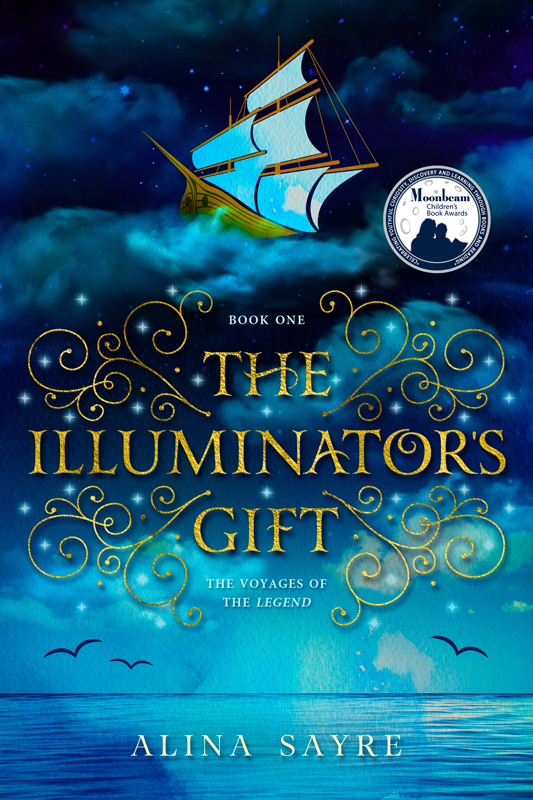 Ellie is an orphan who has always wanted to belong. Returned by three families and almost thirteen, she’s fast running out of chances. It seems she’s doomed to a bleak future working in a factory until she’s offered the opportunity to join a rescue fleet that serves a Christ-like king. Taken up into a flying ship crewed by a cast of colorful characters, Ellie discovers that her artistic gifts have a greater purpose than she’d ever imagined.

Sayre paints an enchanting world with a deft brush and lovely prose. Ellie herself is a sympathetic character whose growth is slow but sure. The plot moves along at a good clip. And while I had issues with some of the captain’s decisions, overall I was charmed by this middle-grade fantasy and delighted by one plot twist that I saw coming but was still happy when it happened!

Synopsis of The Illuminator Rising, Book 3 of The Voyages of the Legend: 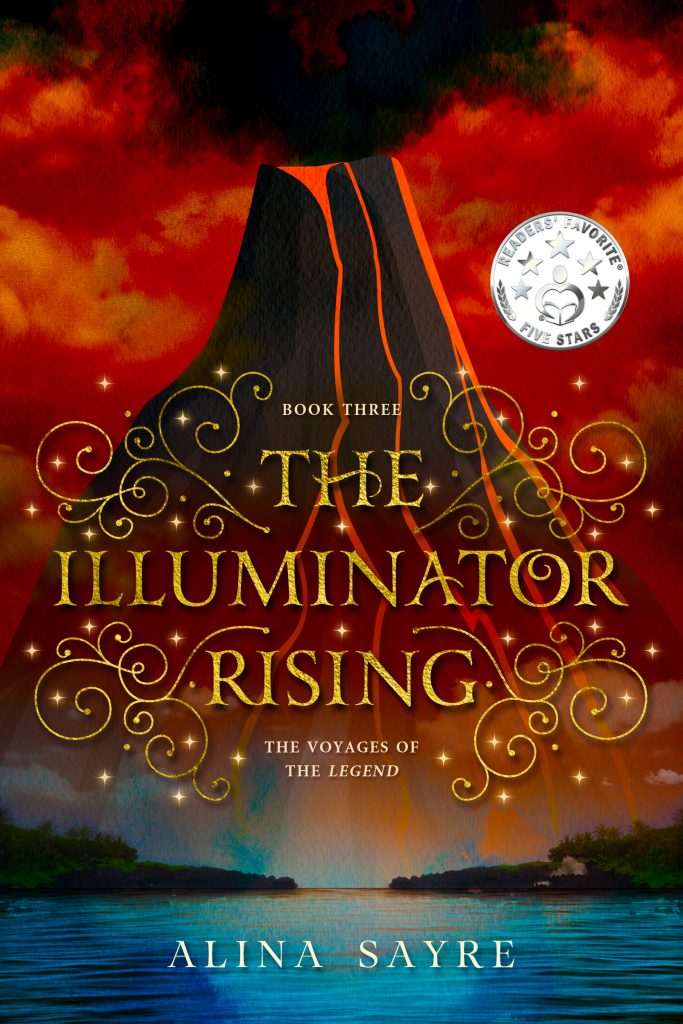 Driven from their home island of Rhynlyr, Ellie and her friends must solve a riddle to find the survivors of the Vestigia Roi. But instead of a safe haven, they discover a hopeless band of refugees paralyzed by fear. Strengthened by new allies and new gifts, the crew of the Legend faces dangers like never before. Can they escape being shot out of the sky, falling over the Edge of the world, or being engulfed by urken armies long enough to rally the Vestigia Roi? And can they rekindle a fire from the ashes of the One Kingdom before Draaken takes over the world?

Advance praise:
“…a thrilling read…[Sayre] has a flair for being able to capture the interest of a reader and hold onto it.”
–Readers’ Favorite, 5-star review 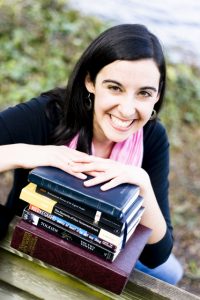 Author bio:
Alina Sayre began her literary career chewing on board books and has been in love with words ever since. Now she gets to work with them every day as an author, educator, editor, and speaker. Her first novel, The Illuminator’s Gift, won a silver medal in the Moonbeam Children’s Book Awards, and all three books in The Voyages of the Legend series have received 5-star reviews from Readers’ Favorite. When she’s not writing, Alina enjoys hiking, crazy socks, and reading under blankets. She does not enjoy algebra or wasabi. When she grows up, she would like to live in a castle with a large library.

A sinister and shadowy organization. The young mages who oppose it. The hunt for ancient relics has begun. Cloud Village Arc: Lisette never thought she would return to the mountains she fled as a child. But when Tamsin, a Heartwood alumna, invites Amber, Naia, and her on a job in the area, Lisette figures it’s END_OF_DOCUMENT_TOKEN_TO_BE_REPLACED