I’ve been very quiet recently. Those who follow me on social media may have noticed (or not, and that’s okay, too :D). I also haven’t been writing much, either, but I’m not too worried about that.

My creative well had run dry and I’ve been refilling it.

So, I’ve spent a lot of time resting (mmm, sleep!) and reading for fun! It’s been great. I feel recharged and ready to get back to words and social media (consider this the first step).

What have I been reading? Glad you asked! Here you go:

A History of the World in 6 Glasses by Tom Standage. This was a random library find, a book that caught my eye as I was browsing the history shelves. Standage explores the cultural, economic, and historical significance of six beverages, from beer to cola. A quick and fascinating read, with plenty of grist for the worldbuilding mill.

The Aeronaut’s Windlass by Jim Butcher. Full of action and adventure, this book hit a lot of my sweet spots, from heroes with a Past to a world of air ships, tall towers, and humanity confined to small spaces in an inhospitable environment.  The airship battles made me think I’d stepped into a steampunk, planet-bound alternate Honor-verse. I tore through the novel in just over a day.

Ella Enchanted by Gail Carson Levine. Miss M. picked this book for me to choose a dictation passage out of, and I realized just how long it had been since I’d read it. So I spent a few hours re-reading it and was charmed by it all over again.

Steal Like An Artist by Austin Kleon. There was nothing new and revolutionary in this book (for me, at least), but this pithy and attractively-packaged book has some good reminders and encouragement for artists. Older Son is doing NaNo (with a lower personal goal), so I suggested he read it for motivation.

Delia’s Shadow by Jaime Lee Moyer. A woman cursed with the gift of seeing ghosts returns to early twentieth-century San Francisco when a particularly determined one starts haunting her. At the same time, a serial killer who last operated thirty years resurfaces. Coincidence? Of course not. Not perhaps the best book to read late at night when everyone else is asleep, but it was gripping, despite occasional clunkiness.

I also introduced my children to their very first Studio Ghibli movie! I’ll talk about that in another post, though. 🙂

How about you? What have you been reading?

Earlier this year, I was on a retold fairy tales kick (it happens once in a while *grin*) and came across some by indie authors that I enjoyed.

Thorn by Intisar Khanani is a retelling of The Goose Girl, written in a style that reminded me a lot of Shannon Hale’s Bayern books. However, Khanani adds several original elements to the fairy tale to make it uniquely her own. This thoughtful novel chronicles the journey of a girl coming to terms with her own agency. 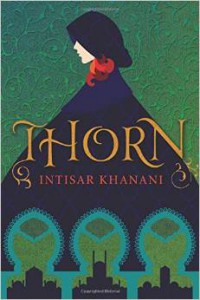 The Illuminated Heart by Thea van Diepen. This retelling of East of the Sun, West of the Moon (I always need to look up which direction goes with which celestial object!) is told from an unapologetic faith-based perspective. The addition of the draugur–a demon wearing the body of the protagonist’s dead little brother–was chilling. Dagny’s troubles and struggles are poignantly portrayed. 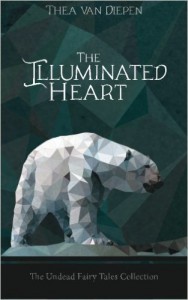 The Seventh Magpie by Nancy Chase is an original fairy tale with many familiar tropes, from the impossible quest to the assorted companions, but put together in fascinating ways, wrapped up in beautiful prose, and accompanied by black-and-white illustrations. I still have complicated feelings about the ending, but it leaves a strong impression. 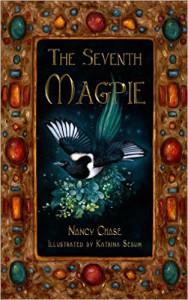 Do you have any overlooked and under-appreciated retold fairy tales to recommend? Let me know!

I’d been eying Andy Weir’s The Martian for a while before I took the plunge and bought it. And boy, was it a good, fast-paced read! I finished it within 24 hours. As in: I started the book at midnight (I know, I know), stayed up till 2 am reading, sleepwalked through the next day, and finished it that evening (before midnight!). 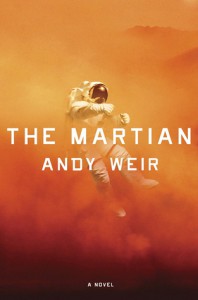 My only nits are minor: occasionally the MC’s great voice slipped into teen girl–jarring!–and the language at times is cruder than I normally go for. Keep in mind that I’m Miss Prim-and-Proper (and always have been). YMMV.

I’m thrilled that the movie’s coming this fall. I’ve already informed my husband he has to read the book by then.

The Dark Between the Stars by Kevin J. Anderson is another Hugo nominee for Best Novel. It’s a huge book, the first of a sequel series. I was afraid I’d be lost, having never read the prequels, but it was easy to get caught up.

Short chapters, each told from the POV of a member of a large cast, helped move the story along at a good clip. The plot was neither complex nor technically demanding, and the workmanlike prose accessible. There were a few characters I particularly liked (Garrison and Orli) and several others I actively loathed. Fantasy elements like psychic powers, world trees, and elementals mingled freely with space ships and lasers. Still, it was a big book (did I mention that yet? *grin*), and I lost steam a time or two before I made it to the end.

Confession time: I’d never read any Jack Vance despite having heard high praise of his works. So when I saw The Jack Vance Treasury on sale, I grabbed it. It did not disappoint. I’m only halfway through (there are many stories) but I’ve read each through to the end so far. This is rare for me when it comes to collections and anthologies. Vance’s combination of style and storytelling hits a lot of my reader sweet spots. 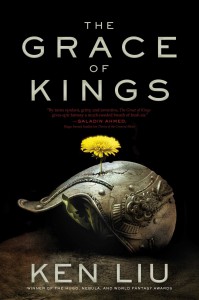 I’d heard a lot of buzz about Ken Liu’s The Grace of Kings, so I was eager to dive into the first book of this Chinese-history-inspired “silkpunk” epic.

This book was well-paced; for a big book, it went fast and didn’t get bogged down in the middle. I also appreciated the focus on minor characters from time to time. Even if they disappeared within a few chapters, Liu used them to good effect in showing the scope of the rebellion and its disruptive effects.

On the flip side, it was hard to get attached to any character, including the three major ones. Plus, the ending strongly hinted at a type of inter-family conflict in future books that doesn’t appeal to me. I’d look at a sequel, but it wouldn’t automatically go on my Must Read list. 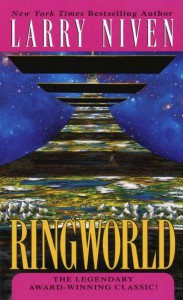 Yes, I confess I’d never read Larry Niven’s Ringworld until last month. I vaguely knew that the Ringworld was an engineered mega-structure which completely ringed its sun, but actually exploring it in this book was enormously satisfying. Might be a theme for the month, but again I found myself caring a lot more about the worldbuilding than about the characters. 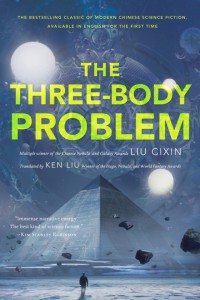 The Three-Body Problem, a translated work by Chinese SF writer Liu Cixin is one of the Hugo nominees for Best Novel. I found it absolutely gripping. Would read the sequel in a heartbeat. 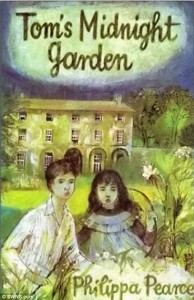 Miss M. is reading this classic British children’s time travel fantasy, so I decided to hop on board this particular train. A very nostalgic book for me, down to the perfectly bittersweet ending, which reminded me of similar works in the genre that I read as a child.

Aside from these, I read through the Hugo nominees for Best Novella and Best Short Story categories.

A bunch of magical misfits. Their place to belong. Out of work and trapped in a dead-end coastal town. This is not what Amber had in mind when she left her island home to explore a continent drenched in magic and once inhabited by dragons. She’s this close to working at Stunning Spells, a magical sweatshop that churns END_OF_DOCUMENT_TOKEN_TO_BE_REPLACED