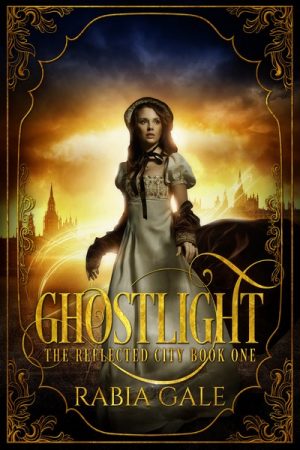 Trevelyan Shield would rather fight demons and exorcise haunts than deal with debutantes, alive or dead. But when he encounters the charming but ghostly Arabella Trent, his duty is clear: send the young woman into the afterlife. Otherwise, she risks attracting the denizens of the Shadow Lands, who hunger for mortal souls.

Arabella doesn’t remember the runaway carriage that hit her and left her for dead. Nor does she know why her body was found so far from home. But something—or someone—is preventing her from returning to it, and she’s determined to find out why.

As Arabella and Trey race to unravel the mystery, a sinister plot unfolds and the boundary between the demon and mortal worlds grows thin. If they don’t act soon, Arabella won’t be the only one to fall prey to the Shadow Lands.

Try before you buy! Read Chapters One and Two on this site.

A bunch of magical misfits. Their place to belong. Out of work and trapped in a dead-end coastal town. This is not what Amber had in mind when she left her island home to explore a continent drenched in magic and once inhabited by dragons. She’s this close to working at Stunning Spells, a magical sweatshop that churns END_OF_DOCUMENT_TOKEN_TO_BE_REPLACED